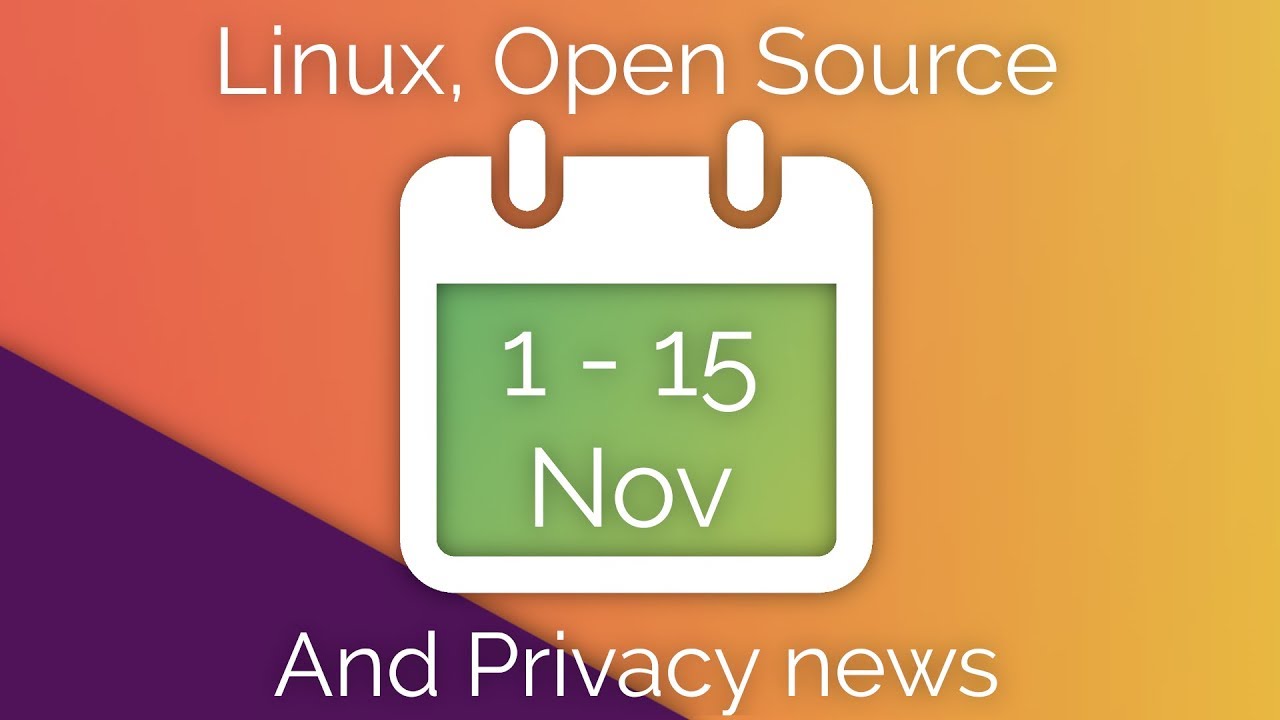 Here are some Linux, Open Source, and Privacy news you might have missed during the first half of November 2019 !

Dell announced they would up the number of configurations they’ll offer with ubuntu.

Getting Things GNOME, the Gnome task manager inspired by GTD is in the process of being picked up by a new developer.

Firefox announced that sideloading extensions won’t be allowed anymore in Firefox 73, expected to release in February 2020.

LibreOffice will use native GTK dialogs in its version 6.4, instead of the current custom toolkit they use.

A bug has been discovered in the latest version of Ubuntu: it seems taht the system could share a user’s photos, videos, and music on a LAN network.

Mozilla announced that they would block notification prompts in Firefox.

Nvidia released a new version of their Linux driver.

Microsoft announced they would bring their antivirus software, called Microsoft Defender, to Linux.

Microsoft announced officially that Microsoft Edge would be coming to Linux.

Steam might be bringing its own cloud offering to the table, called Steam Cloud gaming.

Microsoft will enact the measures required by the California Consumer Privacy Act, or CCPA, everywhere in the United States.

Google revealed its Stadia launch lineup, and it’s far from impressive. Only 12 games will be available at launch.

OnlyOffice is now available on Flathub.

Intel seems to have lied when they said they had fixed all know flaws linked to Spectre and meltdown in May.

Brave, the chromium based browser, launched its version 1.0. It boasts 8 million users, and 300 thousand publishers on board to make use of their Basic Attention token.
https://techcrunch.com/2019/11/13/brave-launches-version-1-0-of-its-privacy-focused-browser/

Codeweavers, developers of Crossover, a commecially supported implementation of Wine, and one of the project’s major contributors, is looking for a graphics developer to further the DirectX implementation.

Disney+ launched, and it seems it doesn’t work on linux, probably for some DRM related reason.

The Ubuntu Snap team wrote a blog post stating the technical differences between flatpak and snap, and it’s worth a read.

Some mad developers are now working on allowing developers to include DXVK directly in their DirectX games, bypassing the need to port them with wine.

Wine 4.20 was released, bringing yet another new version of the Mono .net engine, ans dome updates for Vulkan.